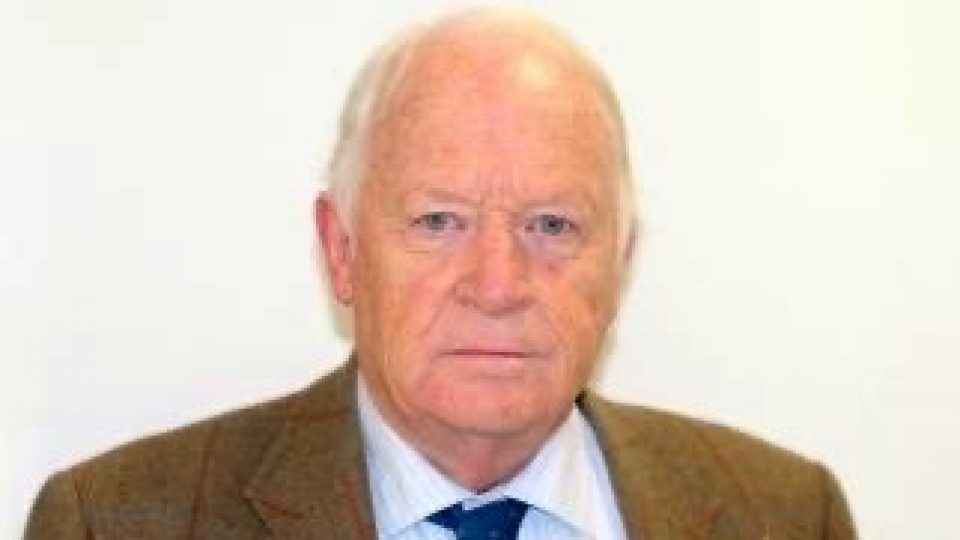 The term ‘larger than life’ can be over-used, but in the case of Oliver Moylan,  it’s wholly appropriate.

Oliver was never short of an opinion and had the courage of his own convictions. However, his arguments were always tempered with charm and civility.

An Ennis man through and through. With Oliver it was town first and county second.  He grew up in Ennis, he swam at the Turret, played tennis at Ennis Tennis Club, golfed at Ennis Golf Club and ran a successful family business in the heart of town. He was of the town and he always put his beloved town first.

Oliver had a strong civic spirit and served as President Ennis Golf Club, Ennis Tennis Club and Ennis Chamber, while also serving on the board of Chambers Ireland.  He was a director CLDC and served as Chair of the Clare Association of An Taisce.

He took over at the  helm of Ennis Cash Company from his father Dr Patrick Moylan in 1958. That was also the year he joined Ennis Chamber. Ennis Cash Company on O’Connell Street is one of the longest established retail outlets in Ennis,  in the Moylan family since 1880.  There is also a household linens and haberdashery shop located on Arthur’s Row. The men’s outfitters is known for its range of exclusive brands including Barbour and Harris tweeds and famous for its selection of men’s hats, including distinctive straw Panama and felt fedoras which take pride of place in the window.

Always very proud of his educational achievements, Oliver Moylan held a BComm and an M.Econ.Sc. from National University Dublin and was a Fulbright Graduate of Michigan State University.

Our deepest sympathies to Oliver’s son Peter, daughter-in-law Dorothy, his granchildren, and to Oliver’s extended family.