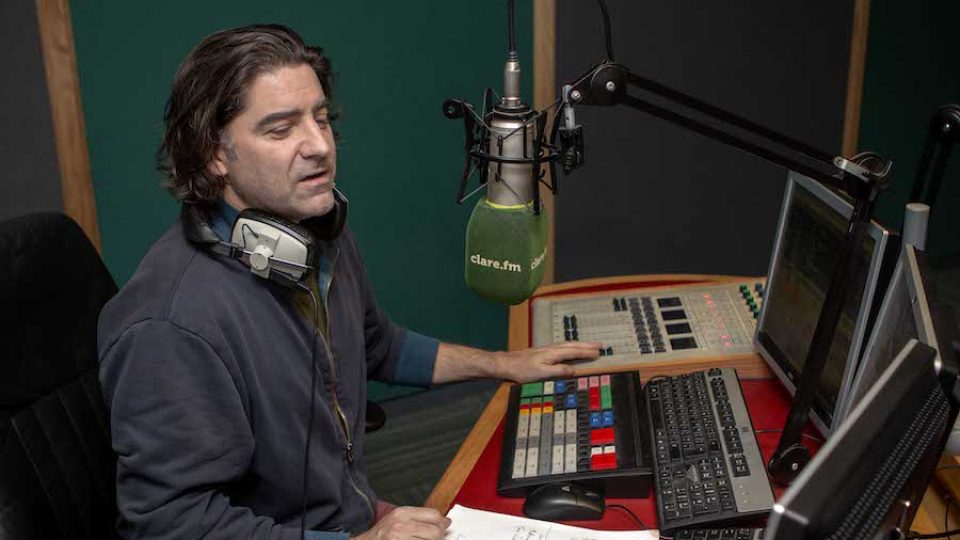 Singer-songwriter Brian Kennedy will fulfil a life-long dream when he broadcasts his new show on Clare FM this October. Called “Life, Love & Happiness”  the show is sponsored by Flynn Hotels.

Belfast born Kennedy came to prominence as a featured singer in Van Morrison’s now legendary blues and soul revue in the late 80’s. He then went on to establish his own solo career and had several number one hit singles and albums as well as representing Ireland in the Eurovision Song Contest. Some of his best-known hits include “Captured”,”A better man”,”Life, love & happiness”,  “Put the message in the box”, “Get on with your short life” and “You raise me up”.

A regular on our TV screens and on the airwaves, Brian who has always had a great love of radio will now be fulfilling a life-long dream by presenting his own radio show on Clare FM this coming October. He added “I’ve done a huge amount of radio over the years and it’s something that has always appealed to me. Radio was always and continues to be such a huge part of my life. I’m excited about the show and delighted that I am being given a lot of creative in-put in to the themes and the music that audiences will hear, I hope people enjoy the journey with me”.

Group Programme Controller of Clare FM, Padraic Flaherty, is equally excited about the new project. “When we first discussed this series with Brian, he was extremely open to all ideas, but he’s a busy artist so it was all about finding windows in his calendar to record. We also felt it was important that he be allowed to put his own stamp on the show bringing his years of experience to the fore. He has a totally natural on-air presence and the ability to draw you in which is a rare talent. It’s a real honour for the station that he agreed to join us on this unique series”.

In this new show, Brian will be bringing you into his world of music and playing some of his favourite songs and music that you’re guaranteed to love. He’ll also be catching up with some of his musician friends and chatting to celebrities from all over the world.

The new series is being sponsored by Flynn Hotels, Allen Flynn, Managing Director had no hesitation in coming on board as a sponsor. “I have been a fan of Brian’s work for many years and loved the approach of this show in both its themes and audience reach. It was a perfect fit for our hotels and will highlight both the Old Ground Hotel in Ennis and Newpark Hotel in Kilkenny”.
Life, Love & Happiness will begin its first series on Saturday October 20th and will be broadcast from 6-8pm.