Ennis Chamber was delighted to host a meeting between a delegation of its members numbering 18 diverse businesses representing a range of sectors, with Minister for Foreign Affairs, Simon Coveney TD.

The meeting, held at Temple Gate Hotel on Friday September 30, was facilitated by Joe Carey TD.

Minister Coveney gave an overview of  business highlights included in Budget 2023. The post-budget discussion was frank and open and delegates were largely positive in their  Budget 2023, however they raised concerns about current and future challenges, specifically regarding possible fall-out for Ireland regarding the the UK  mini-budget and the protracted war in Ukraine.

Ennis Chamber President Colin Ryan said, “We were very grateful to Minister Coveney for giving us so much of his time and for taking the time to meet everyone in the room individually, to engage with them around issues of specific concern. We are thankful to Deputy Joe Carey TD for arranging the meeting. 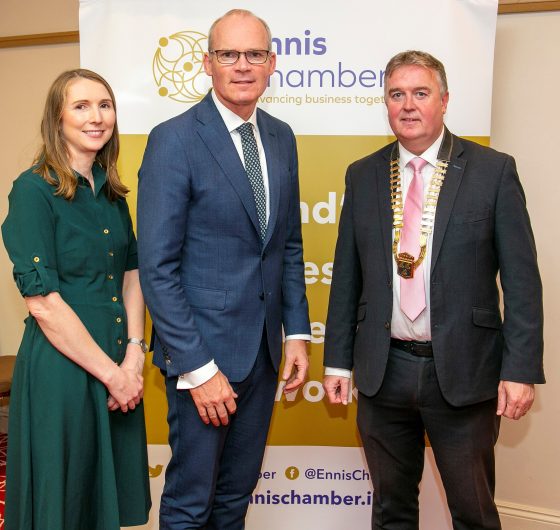