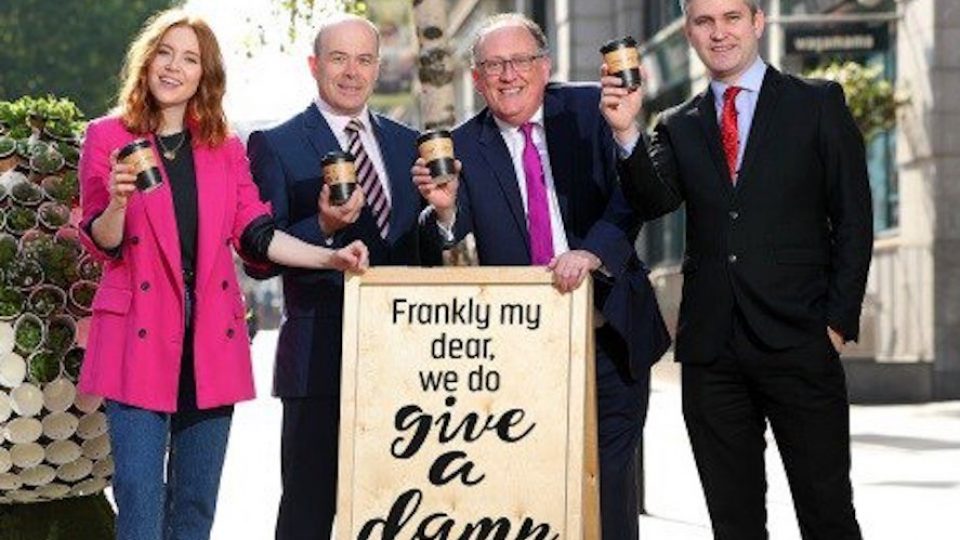 Positive jobs news for Ennis this week as Ballymaley based CupPrint lands its biggest compostable cup deal to date.

Frank and Honest announced it will switch to completely compostable cups manufactured by CupPrint in Ennis, from September this year.

CupPrint anticipates the contract will result in new jobs at its Ennis manufacturing plant, which is undergoing a €10m investment programme including doubling its manufacturing capacity.

The Frank and Honest announcement was made in Dublin with Irish Environment Minister Dennis Naughton, TV/ radio personality Angela Scanlon and Martin Kelleher, managing director of SuperValu and Centra in attendance.

CupPrint chief executive Terry Fox said: “We are delighted to be working with Frank and Honest and believe this move marks a real step change in showing how we can deal positively with paper cups.  There’s no need for any paper cups to go to landfill if operators take innovative decisions like Musgraves have and we hope that where Frank and Honest leads the way, others will follow.”

Commenting on the news, Diarmuid McMahon, president, Ennis Chamber said, “The Chamber is very proud of the on-going, trail-blazing achievements of Terry Fox and his team at CupPrint, and we congratulate them sincerely on this significant new contract. It’s great news for Ennis.”