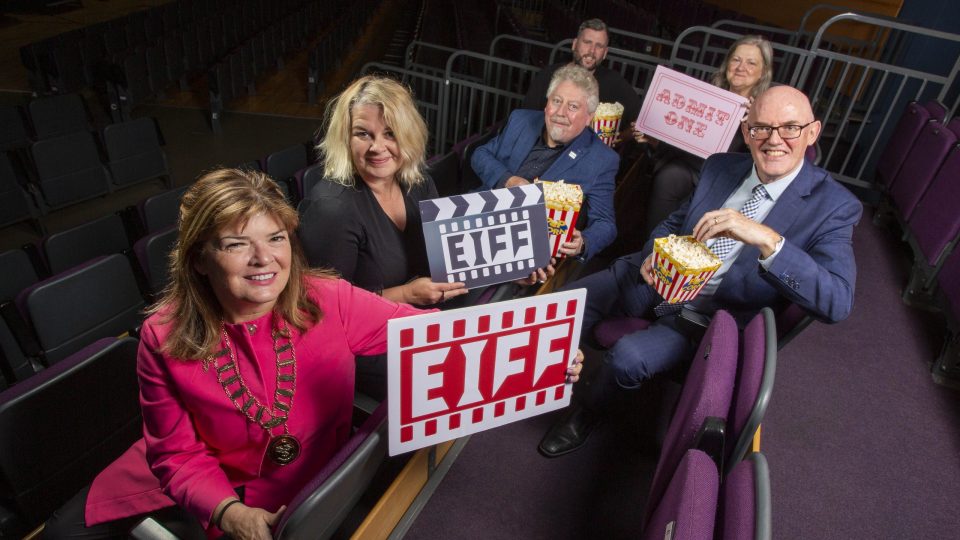 The ‘Fantastic’ genre has seen a huge rise in popularity in the dynamic Film Festival scene in north America over the past decade, a trend now being echoed across Europe. Ennis is proud to be the first location in Ireland to a host a dedicated ‘fantastic’ film festival.

Mayor of Ennis, Cllr. Clare Colleran Molloy has personally championed this festival. At its launch she commented,  “This is an exciting initiative for Ennis. It’s a terrific concept to focus on a niche genre, yet by choosing ‘fantastic’ which embraces fantasy and Sci-Fi as well as horror, there is enough scope to engage interest from a broad range of filmmakers, film goers and industry professionals.

She added, “I am particularly pleased to see a three-year plan in place mapping steady growth and I’m delighted to see the calibre of support EIFF has attracted in year one with key educators TUS and Limerick Clare Education and Training Board on board as partners, together with Creative Ireland, Screen Ireland,  Ennis Chamber and Clare County Council.  I feel we can be confident that EIFF has a future.”

·        Selected screening programme of short and feature films (both Irish and international) – drawn from EIFF’s successful call for submissions on Film Freeway platform (EIFF had 85 high quality submissions, from which the festival programmers have chosen four sets of shorts and one premier feature, totaling 20+ screenings.

·        Series of retro films screened at The Arc Cinema. Ennis suitable for all ages and tastes from family audience viewing through to horror

Amongst the star names attached to the launch festival are Ennis natives and film industry luminaries, actress Simone Kirby, who stars in the upcoming third and final season of HBO/BBC adaptation of Philip Pullman’s fantasy novel ‘His Dark Materials’, and award-winning screenwriter/actor Mark O’Halloran – both of whom are jurors on EIFF’s inaugural awards panel.

EIFF has scored a major coup with cult fan magazine FANGORIA as its inaugural media partner.   Amongst the highlight panel discussions, Co-owner of Fangoria Tara Ansley, who is also a producer of horror genre films will chair a panel discussion examining the attraction of working in the horror genre and its rise in popularity, especially amongst Irish filmmakers.

For more information on all events, links to bookings/tickets see: https://ennisinternationalfantasticfilmfest.com/