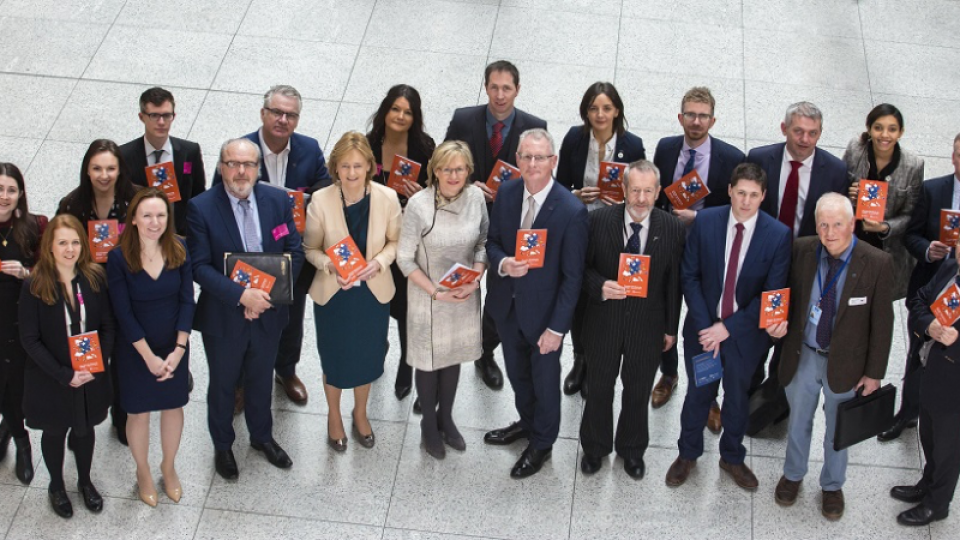 Chambers Ireland launches manifesto ahead of European Parliament Elections this May.

Chambers Ireland and a delegation of representatives from around the Irish Chamber Network this week (Feb 20)  launched its “Chambers for Europe” manifesto in Brussels.

Speaking at the European Parliament, Chambers Ireland Chief Executive Ian Talbot called on businesses and their employees to proactively engage with election candidates and highlight their priority concerns ahead of the upcoming election.

“Despite collective acknowledgement of the positive role that EU membership continues to play for Ireland, in terms of both peace and economic prosperity, the European elections are often overlooked by voters. With the impending exit of the UK from the EU, Ireland needs to take its relationship with the European Union even more seriously.

“Within our Manifesto, we are calling on candidates for the Parliament elections to prioritise the following issues: investment in our cities and regions, an ambitious international trade agenda, a competitive and global approach to tax reform, a fully-connected digital Europe that supports innovation and a business-friendly framework for a sustainable circular economy.”

Chambers across Europe, and across Ireland, are working to ensure all candidates have a clear understanding of the business community’s priorities. The economic relationship we share with the EU, both in terms of the Single Market and our relationship with its institutions, has become even more valuable in light of the ongoing Brexit negotiations.

The launch of Chambers Ireland manifesto follows the announcement of a Pre-Election Partnership between its partner Eurochambres and the European Parliament to drive momentum and citizen engagement ahead of May.

“Although Chambers are economic rather than political actors, our Network wants to do everything it can to ensure that citizens go to vote in May with a clear understanding of the importance of the EU and of the need to elect engaged, informed and committed MEPs for the next 5 years, ” said Ian Talbot.

“We call on businesses and citizens to seize this opportunity to make their voices heard and shape the future of Europe and the degree to which Ireland will benefit.”