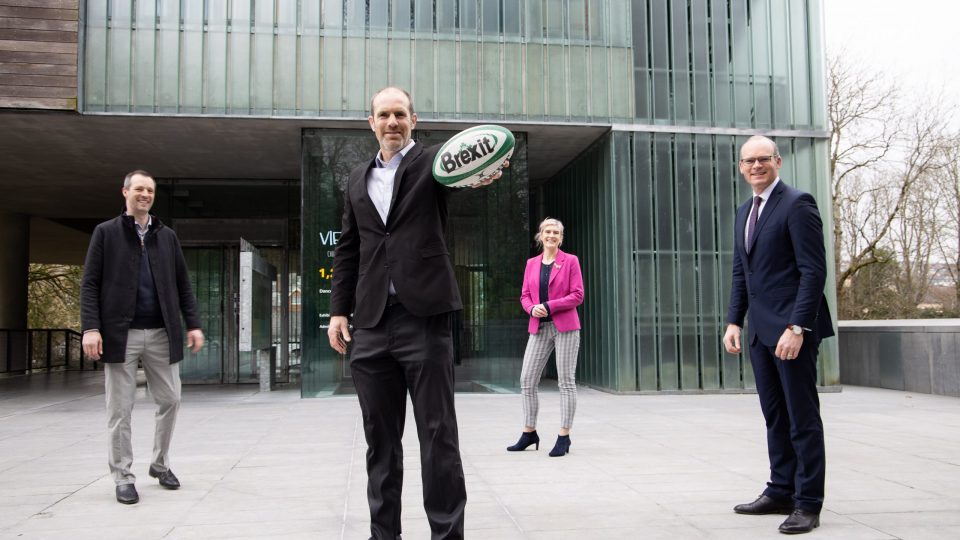 As this first quarter in a post-Brexit era comes to a close, it has inevitably played host to a significant increase in challenges affecting Irish businesses and the trade relationship between Ireland and the UK as a result of the UK’s withdrawal from the European Union on December 31st.

A company addressing this considerable issue is Ennis Chamber member Cantec Group, providers of integrated software and hardware solutions here in Ireland. Founded in 1994, Cantec’s ethos is to provide a solutions-based service to businesses of all sizes. During the height of the pandemic, Cantec merged with SmartOffice Technology.

Making a difference in post-Brexit era

On Monday, March 29th, Cantec Group will be joined by the Minister for Foreign Affairs Simon Coveney T.D. for a virtual event, outlining how Cantec’s customs clearance automation software will make a big difference for businesses in the post Brexit era, with the event being open for businesses and individuals to attend.

Speaking ahead of the launch of their new software system to tackle this issue, Greg Tuohy, Managing Director of Cantec Group said, “As a result of Brexit, businesses both big and small are now facing more border formalities and with the addition of increased customs clearance declarations, this has presented to be a major challenge for Irish businesses as forecasted. Over the past year at Cantec Group, we have been working to develop a software system that will allow businesses to save up to 15 to 20 minutes per individual declaration and we are delighted to be joined by Minister for Foreign Affairs Simon Coveney T.D. on March 29th to officially launch this new software for businesses.”

Titled ‘Power of the Pivot, Reinvent your Business’, the virtual event on March 29th at 11am will be hosted by Munster and Ireland rugby legend Alan Quinlan and will also discuss Cantec’s own pivot, their merger with SmartOffice Technology, along with a panel of business leaders who will each describe their own transformational experiences.

Commenting ahead of the event, Minister for Foreign Affairs Simon Coveney T.D. said, “Here in Ireland and across Europe, businesses are adjusting to the changes and challenges brought by Brexit and it’s very positive to see businesses like Cantec Group, developing systems to address particular issues relating to these changes. Trading with the UK is a huge part of the Irish economy and it’s important that we can continue to streamline this as much as possible to ensure businesses can efficiently comply with these trade procedures.”

Paul Towler, Technical Operations Director with the SmartOffice Technology division of Cantec Group added, “Businesses are continuing to adjust to the post-Brexit era and while challenges and changes were very much expected, the true extent became a lot more visible over the past three months. Already demand is high for our new customs clearance automation software which directly addresses the issue of increased declarations. It is particularly important that we provide simple and sustainable solutions that are easily embedded in the company’s processes for many years to come.”

To register to attend ‘Power of the Pivot, Reinvent your Business’ which takes place on Monday, March 29th from 11am to 12.30pm, zoom.us/webinar/register/WN_uirS-H34TFOeKn1VRrBVNw