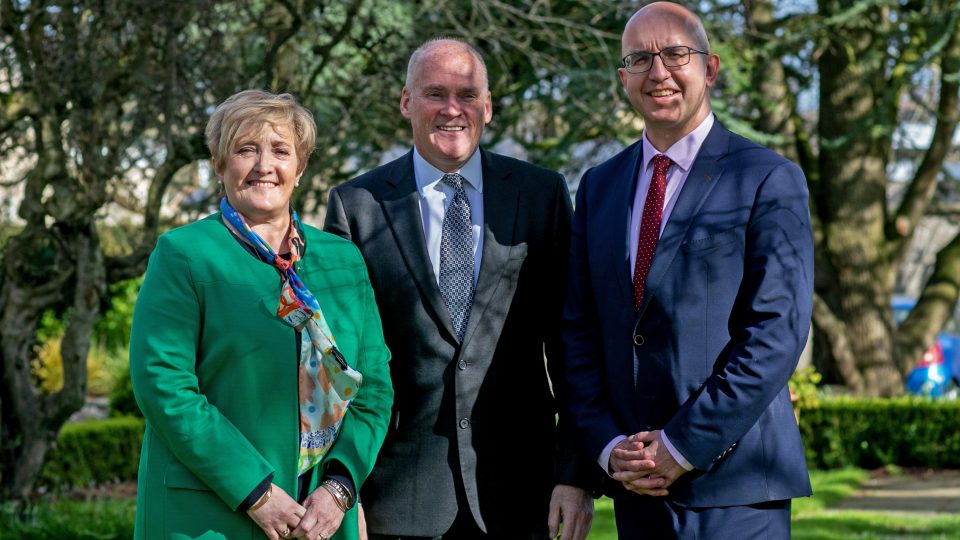 Gwen Culligan, co-owner of ‘County Boutique’,  has been elected President of Ennis Chamber. She takes over with immediate effect from Diarmuid McMahon, MD, Sherry FitzGerald McMahon.

Allen Flynn, owner of the Old Ground Hotel and director of the Flynn Group will support Gwen as Vice President.

Gwen commented, “It’s a great honour to be elected President of Ennis Chamber. There’s a renewed energy and positivity emanating from the Chamber in recent years. It’s a good time to take on the role of President.”

Gwen Culligan has been in business in Ennis for almost thirty years, taking over from her late mother Merty Culligan, who started the family business over 50 years ago,

Gwen said her key aim for Ennis Chamber during her tenure will be, ‘To help Ennis grow’.

“My efforts will  be focussed on generating more consumer footfall,  working with tourism and hospitality businesses to attract more visitors, aligning with industry and professional services through the Chamber’s Policy Group,  to ensure we help create growth for the town across all sectors.”

Her predecessor in the role, Diarmuid McMahon, focussed on issues critical to driving the local economy, including housing and development – areas in which he has expertise. Gwen commented, “Diamuid has confirmed he will continue as chair of the Policy Group and I am delighted he will continue his involvement, it further strengthens the offer from Ennis Chamber to its members.”

A recognised leader in her own retail field Gwen said, “For my part I will focus on the future of the town centre, specifically on ways to ensure its continued vibrancy and attractiveness.”

Gwen Culligan will be supported in her role by Allen Flynn as Vice-President and by the staff at Ennis Chamber.